Final Part of the Set-up 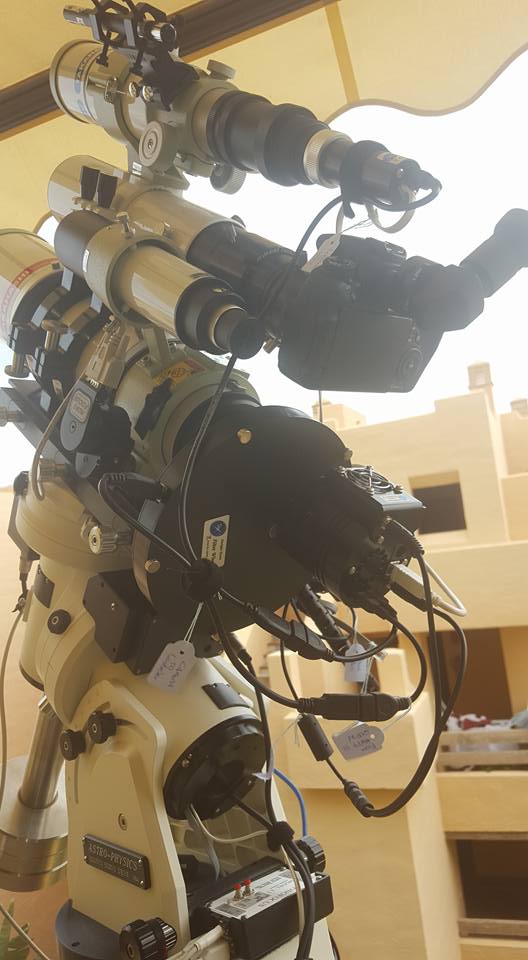 Part 1
This good refractor has been with me some time unused, given that is a very small version of the Takasashi 106ED (q), its the poor relative as I put it. But why waist it. I going to placed it as a piggyback to my setup, so I had to order a new set of bracket /rings holders. While I wait for its delivery I started to prepare the imaging train.

Its back focus distance is 55mm from the reducer to the Canon chip. This is achieved quit easy by placing a Canon T-Ring adapter (5005) that screw directly to the rear end of the reducer, and that's it. Lucky I have T-Rings for all SDLR main brands , I used them when I had a public competition a few years back, basically I invited the public to bring their cameras and use the society's telescopes to take images to planets.Great enjoyment.

Any way, back to business, the following images shows the Borg scope, and the 60Da, with the T-ring.

In 2012 Canon came out with the EOS 60Da, a replacement for the 20Da. The long-wavelength filter in the 60Da transmits 1.5 times more hydrogen-alpha light than a 20Da, and 3 times more than a stock 60D.


There is a lot of interest in Canon's 60Da astrophotographic camera and questions about how it performs for deep-sky astrophotography of red emission nebula compared to a non-modified camera, as well as to a stock camera that has been modified. With 18 millions pixels and a 332sq mm senso, this is quit a chip. 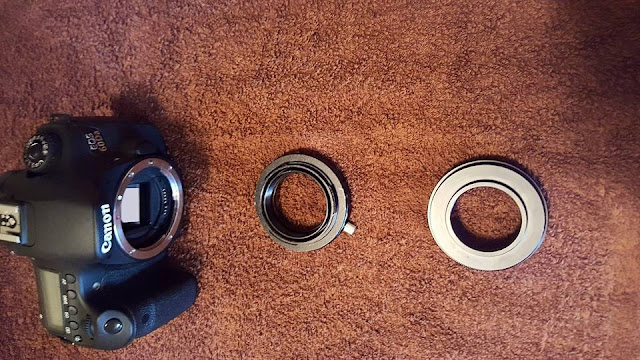 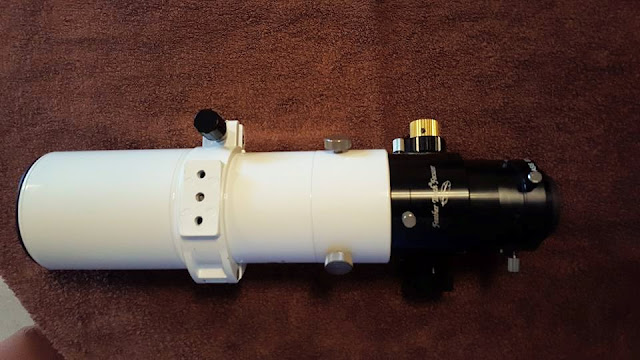 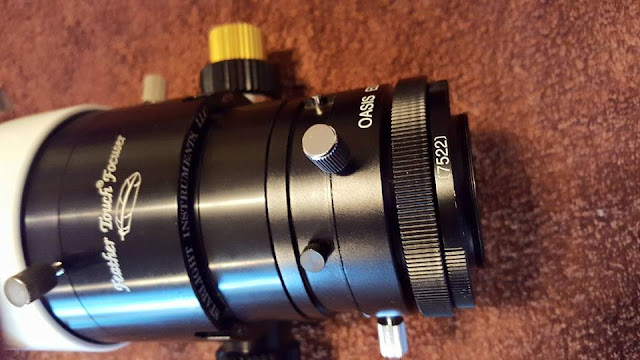 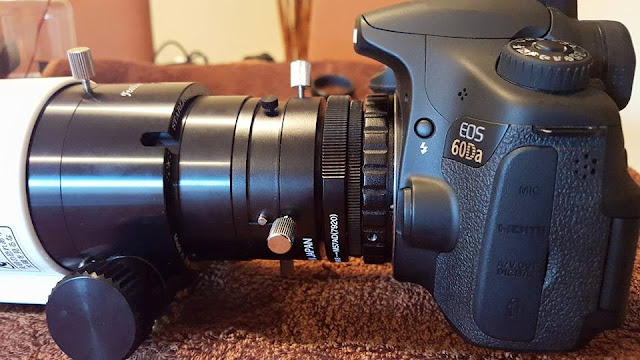 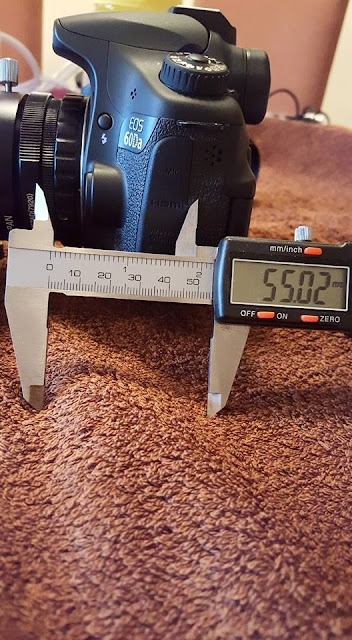 Installation of Motor Focus to the 2" focuser. Its a Feather Touch connected to the Hub which in turn connects to the Laptop