This is the first time that I am exploring deep space photography, still a long way to go, but its a start.

The two images taken using the Canon 60Da of Orion, using two difference telescopes and mounts. The first scope is the APM 130/1200mm Refractor, and the other the Celestron 9.25" deluxe CPC, one of them I used my equatorial EQ6 mount and the other was using the Alt/Azi mount. As you well know the main difference is the latter mount does not rotate with the Earth and therefore stars will be elongated if the exposure time exceed a few seconds that can range from 20 to 60 second,  depending on the celestial object position.

Although I am still not using an auto-guider or motorised auto-focuser, which are two of the most important equipment for better quality images, I think is not that bad given that the images are taken using the scope respective mount's motor.

The longest exposure time the more details will appear on the images as more photons will be gathered. 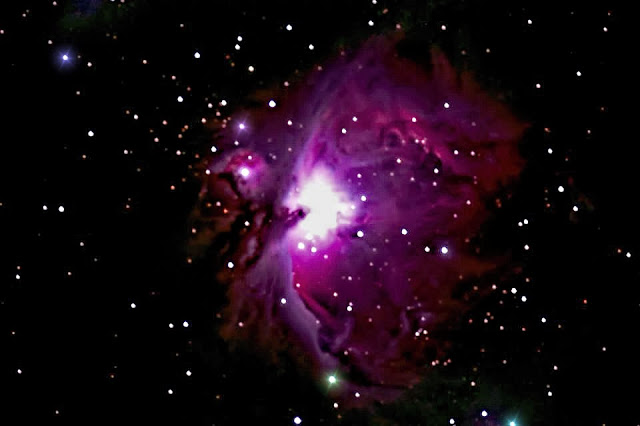 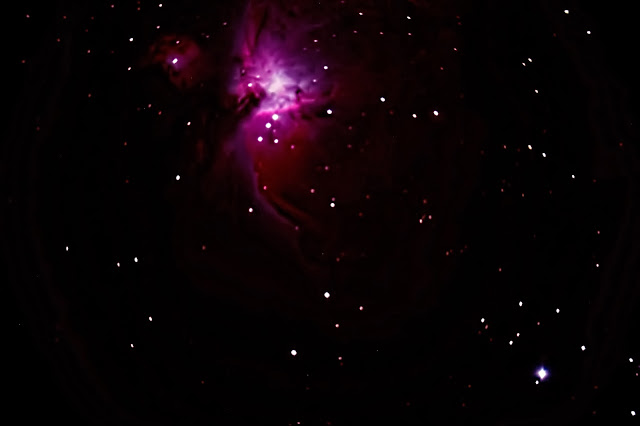 These photos have been taken using only the Canon 60Da camera and with the mount tracking, no laptop, auto-focuser, auto-guider, or any types of astrophotography software. They have been retouched using Photoshop and Topaz software to bring out the blackness and definition.
﻿
Email ThisBlogThis!Share to TwitterShare to FacebookShare to Pinterest
Newer Post Older Post Home