By the end of October, using my Celestron 9.25" Deluxe CPC I tried different technique one of them was the 'Eyepiece Projection' which basically placing an eyepiece, in this case 13mm, inside a 'projection extension tube' connected to the rear end of the scope and the other end to the camera (Canon 60Da). Important to place the eyepiece in the tube end facing camera, and not at the scope rear end.

I used the 80mm Celestron Guider scope to take this photo of the half Moon.﻿ 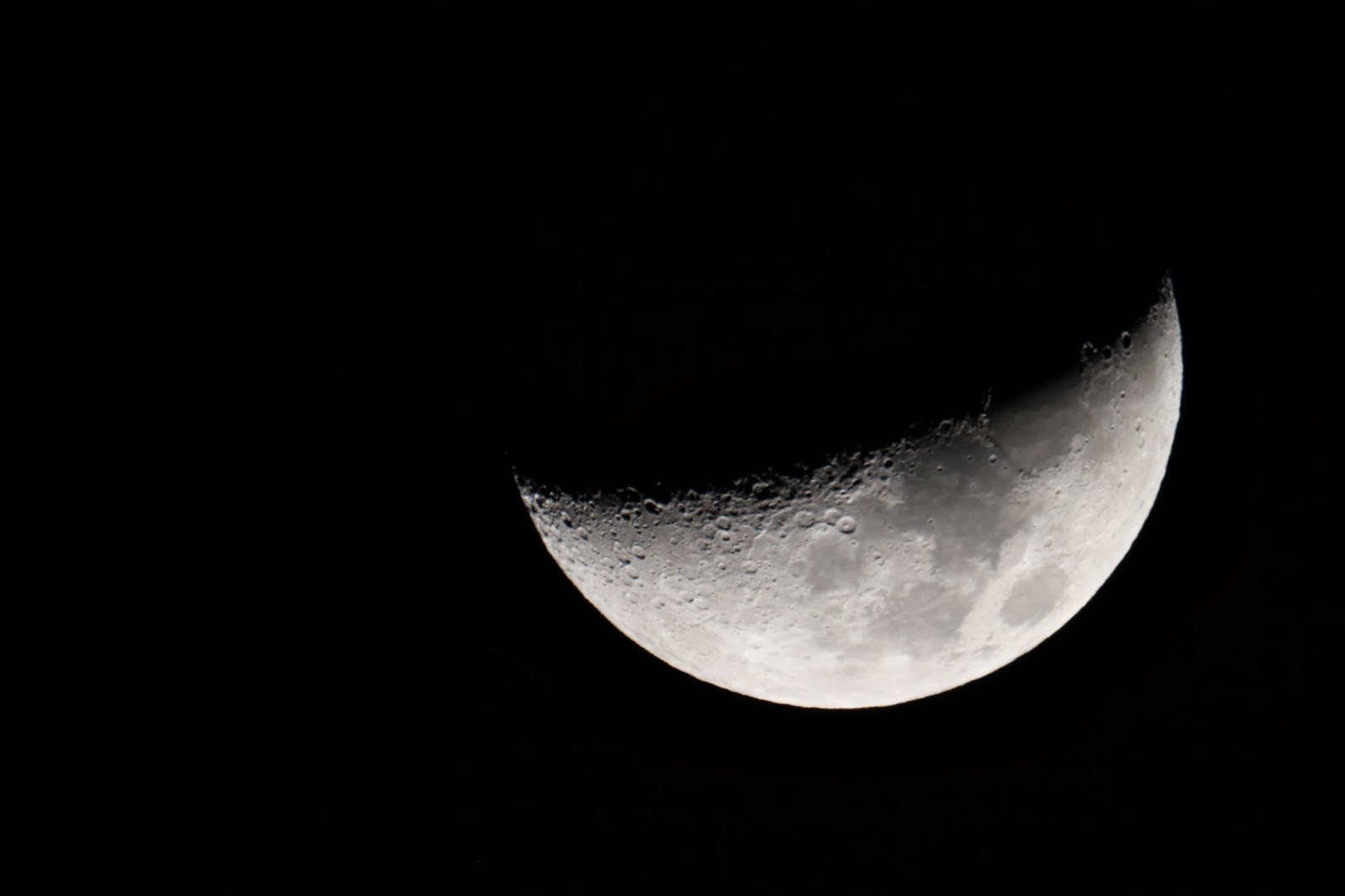 This is a Photoshop combination of Jupiter and the Moon 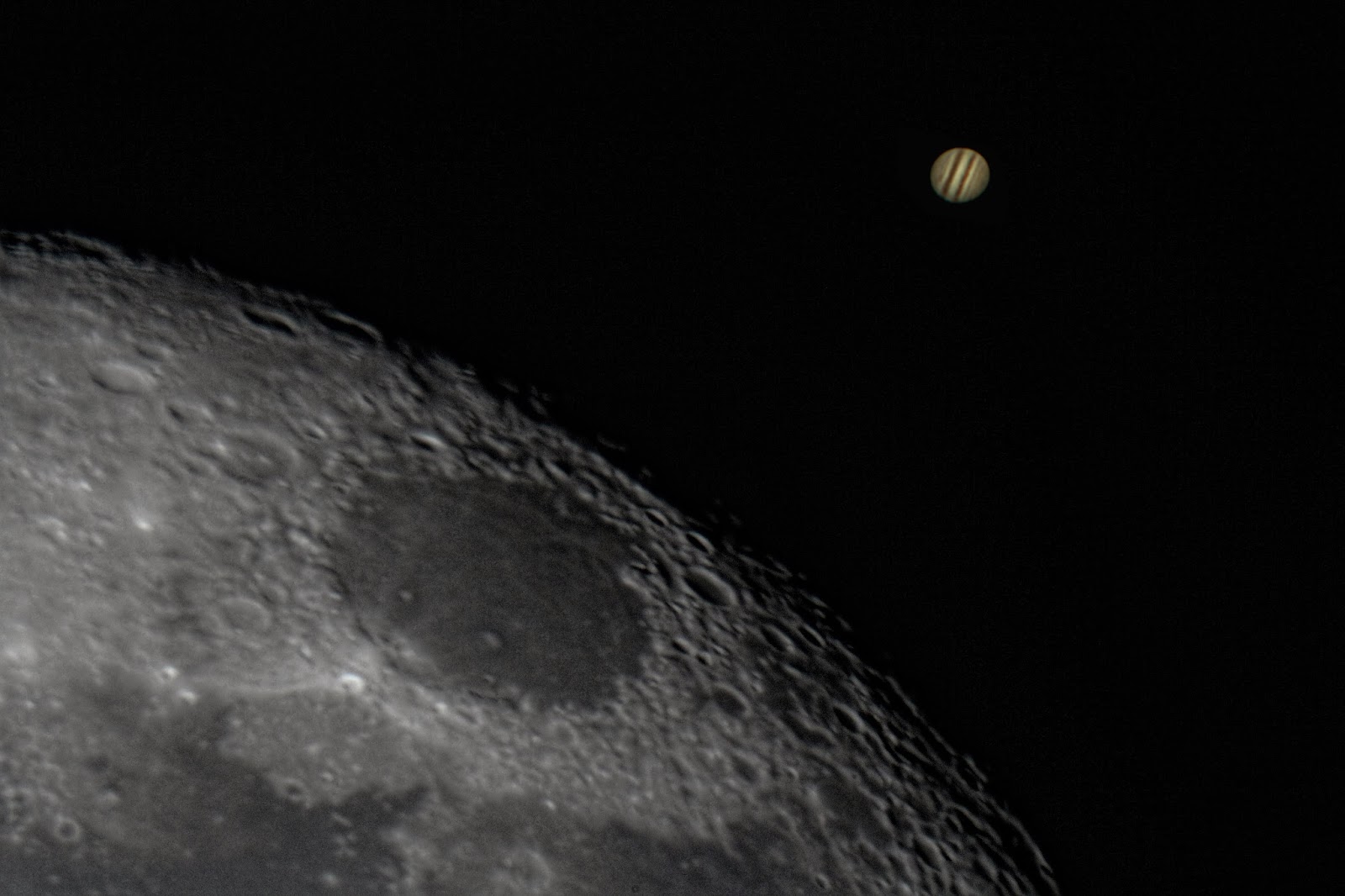