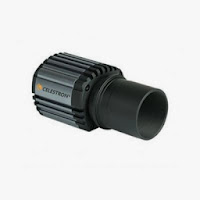 Last month of October I started using the new webcam Celestron Skyris 248C for planetary photography. Our normal observation site is at Europa Point Gibraltar, and as you might be aware Jupiter comes our late at night around 11.30pm. The telescope I used was the Celestron 9.25" Deluxe CPC connected directly to the rear end of the scope using T-Adapter to connect it to 2" male thread of the Celestron.

The Webcam was connected to the Laptop via a USB-3 cable. The brilliant thing with this webcam is that it can shoot 10 to 20 frames per second of video of a planet, and later stack them to produce a good quality using a software like Registex6. 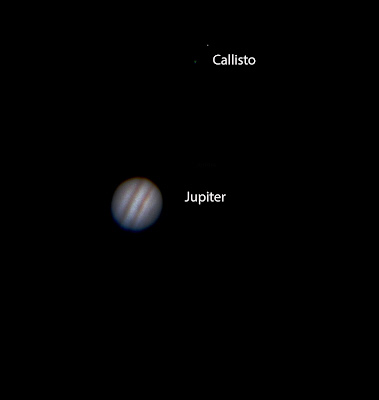 This is the image of Jupiter using the Laptop.

The images you see Jupiter and one of it moon named as Callisto.